La Posada del Angel in Ojén is nestled in the mountains but less than 10 km from Marbella and some beautiful beaches. It has a traditional Andalusian style with 16 rooms built around a patio.

La Posada was built about 17 years ago by converting 5 old houses which were situated in the middle of Ojen centre. The 5 houses surrounded a beautiful Andalusian patio which now forms the heart of it. Many of the original features have been retained to produce a place full of Andalusian charm.

In 2011 all the rooms have been refurbished and adapted to the needs of the current time. They certainly preserved the typical Andalusian ambience with its Moorish elements. Later on a climitized swimming pool was built and a roof terrace. Also 4 bigger suites, 3 new rooms and several new bathrooms were created. A few years ago  High Speed internet found it’s way to the whole hotel and we made a glass wall to the patio to get more light and space in the lobby.

It isn’t just La Posada that has held its typical traditional architecture in this region. The residents of Ojén have managed to make sure that the original character of this place has been preserved – a big achievement given the amount of re-development going on this part of Spain.

The Plaza Andalucía, just round the corner from La Posada, is right at the centre of this white Andalusian village. This is where tapas is eaten as the sun starts to set, where the Spanish children are playing around the fountain, where the Fino is brought out, and plans are made for the next day. The Plaza is also the place for various bars and restaurants offering good food and friendly service

Ojén is the perfect base from which to discover a beautiful part of Andalusia. This area has many beautiful attractions from the beautiful Pueblos Blancos that are scattered throughout the region, to the spectacular national park of Sierra de las Nieves with its many walks not to mention of course almost 50 golf courses, all within easy reach. In the winter months skiing in the nearby Sierra Nevada can be combined with a glass of Sangria on one of the sunny terraces.

Ojén is the ideal start- and end point to an impressive trip through towns such as Granada, Cordoba, Sevilla, Cadiz and Jerez. A holiday that we’d be happy to organize for you. But it doesn’t all have to be action packed, La Posada del Ángel is also the perfect place to relax for a few days and let life pass you by at a much slower pace.

Read more about the PATIO of La Posada del Angel

A gem in the hills above Marbella
La Posada del Angel was lovely as our final destination on a two week road-tour of Andalucia. Excellent customer service, beautiful breakfasts, and a charming property just a few steps from the main plaza in Ojen.
Kimberley H 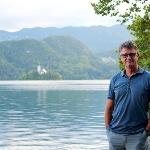 Absolutely sensational
This was a real find and a sheer delight to stay in. This family run boutique Hotel has it all, character, style, space, privacy and service. The breakfast is high quality and fresh and the location in the Centre of the village is quiet yet super convenient. The hosts are so very helpful and nice and full of information whenever you need it
Cunno Queenscliff, Australia

A lovely surprise
Lovely place. The photos are good but the reality is better! Lots of character and charm 50m fro the main plaza in this lovely little town. Lived and worked in the area for many years but first time I've been there - a lovely surprise.
Gabriela Alcalá de los Gazules Spain

Life’s too short for ordinary. That’s why we’ve spent 25 years finding, visiting and choosing brilliant places to stay. For people who love special. We recently started working with Sawday’s. The story of how

What are the current Covid rules for residence in Andalusia?